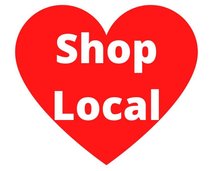 Heanor is first mentioned in the Doomsday book:

Heanor is now a part of Amber Valley, with a population of over 18,000.

Heanor was part of a great forested area and ancient Britons would travel through the area, using it as part of their hunting grounds and returning to their dwellings in the caves of Nottingham, Mansfield and the Peak District.

High ground classically offered good observation of approach and defence from attack and therefore the earliest settlements, built of wattle and daub would have been sited in and around Heanor Church and the Market Place.

Anglo Saxons were the major settlers of the region, most of the town and village names  bear testimony to this theory.

Heanor Town and its neighbourhood became more substationally developed than the surrounding region. This is certain by the time of the Norman Conquest, being entered in the Domesday Book of 1086 as having a church – a major infrastructure achievement for anywhere in 11th century England.

There is also much earlier evidence to suggest a substantial Roman presence in the area from discovery of an urn of Roman coins; and also evidence suggests that the town may have been on part of the Roman road system.

The whole area formed part of the southern boundary of Sherwood Forest and we like to think that Robin Hood roamed the area and recruited followers here. The tower of St Lawrences Church is 15th century, but there was a smaller church here in Anglo Saxon times, of which stones have been found.

The Greys of Codnor Castle owned all the land hereabouts and they took a number of bowmen from the area to help in the battles of Crecy and Agincourt.

Inside the church is a fine wall monument to Samuel Watson, sculptor and carver of Chatsworth House fame, he was born in Heanor and buried in the church in 1715.

The Town was the home of William and Mary Howitt, who were prolific writers of their time over a period of 60 years, with their final resting place being near Rome.

Another Heanor boy, Henry Garnett, became an important participant in the Gunpowder Plot and was imprisoned in the Tower of London and executed in St Paul’s Churchyard

Designed by George H. Widdows (15 October 1871 – 11 February 1946)  an English architect who pioneered changes to school building design to enhance the health of school children. He was also responsible for the design of about 80 schools in Derbyshire, where he became Chief Architect.

In 1919 heanor Grammar school commissioned a World War Memorial to the Students of Heanor Grammar School. This triptych by, Frederick Cayley Robinson (1862–1927), hung for many years in the main hall.

Since shutting this beautiful piece of artwork has been in storage.

After many years of use the building was locked for the last time in the 1990's.